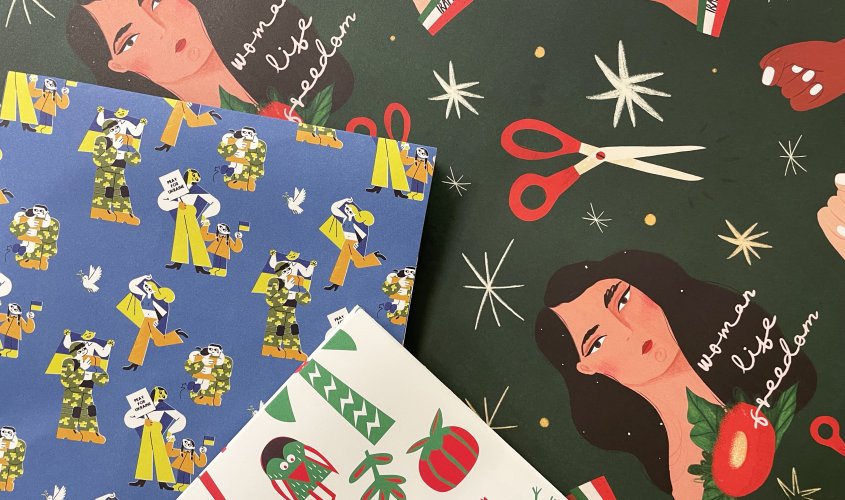 Immediately after the first call with Peter, it's clear: the project must be realized. The idea is to design and produce wrapping paper - in the gift season, which in a beautiful way gives attention to things that are important.

Gifts are the attention we give to our loved ones. With the wrapping paper from the Creative Consultancy Zentralsüden, designed by the three artists Mahdis Nikou, Oleksandr Lashenko, and Zsuzsanna Ilijin and printed by us, LONGO is to give special attention to three very present issues.

The three artists have created one illustration each for our wrapping paper. Each made on the topic that currently touches him or her the most. They told us their story and connection to the respective issues.

Mahdis Nikou is 32 years old and was born in Tehran, Iran. She emigrated to England at the age of 18, where she has lived ever since. Mahdis is deeply affected by the situation in her home country. 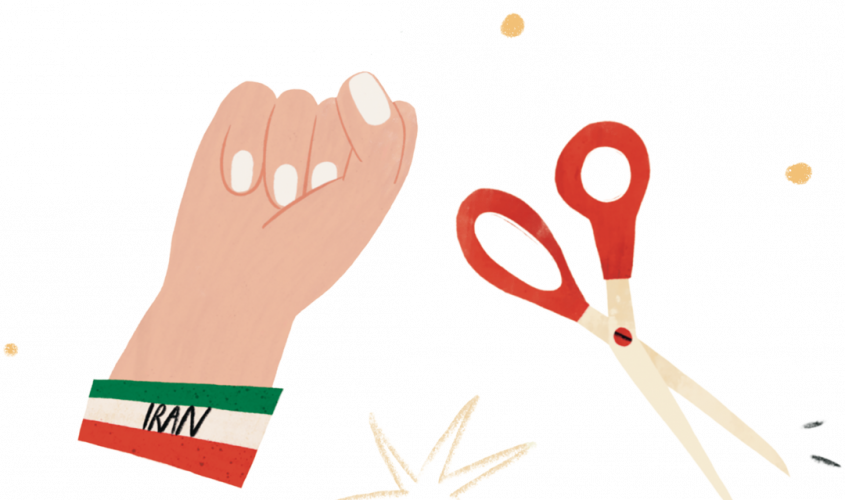 Every day she lives in a big bubble of anxious nerves. She is worried for the safety of her friends and family who still live in Iran. Every news, every footage, and every picture showing the violation of human rights in Iran affects her, they give her the feeling of sadness and powerlessness. Through her illustrations, the artist tries to process her feelings and at the same time create visibility for the "Woman Life Freedom" movement. To her origin, she is bilingual, which she uses to translate information coming from Iran. She shares and spreads it on different channels to inform people all over the world. By using her skills, the young Iranian feels like she can contribute on behalf of her brothers and sisters in Iran. To raise awareness about the situation in her native country to fight for freedom through education. 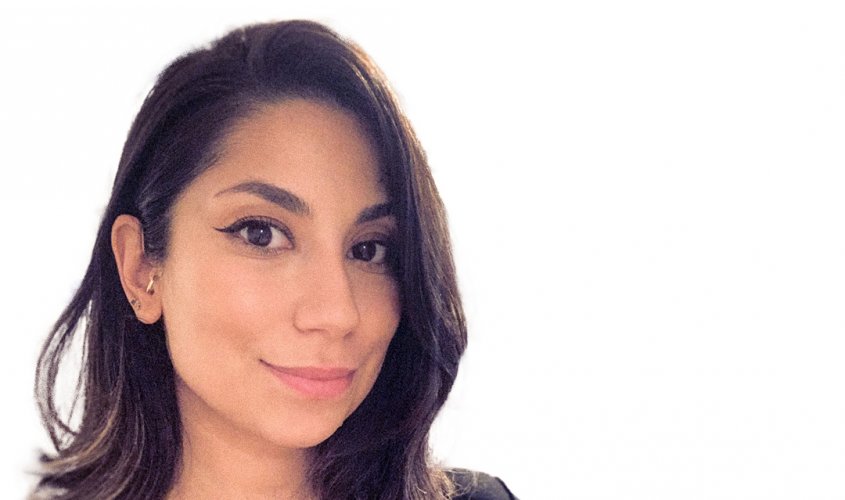 Mahdis explains that every step counts, no matter how small or big an action is, each one can make a difference. She wants to bring back her Persian culture and history without being killed for it. She wants freedom of self-expression, freedom of speech, and gender equality for her brothers and sisters. She wants basic human rights. 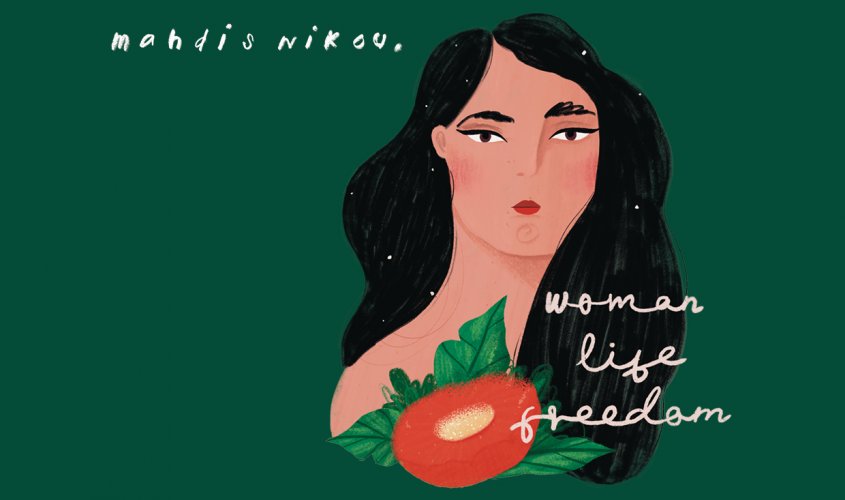 For many years, people in Iran have suffered oppression and are traumatized on a daily basis.

Each of us can easily help a bit by:

Oleksandr Lashenko is 35 years old and is Ukrainian. "On February 24, I was in Kyiv, I was woken up at 4 a.m., and over the phone, I was told that the war had started." At that moment, Oleksandr realized that his life would change. Everything was going to change. 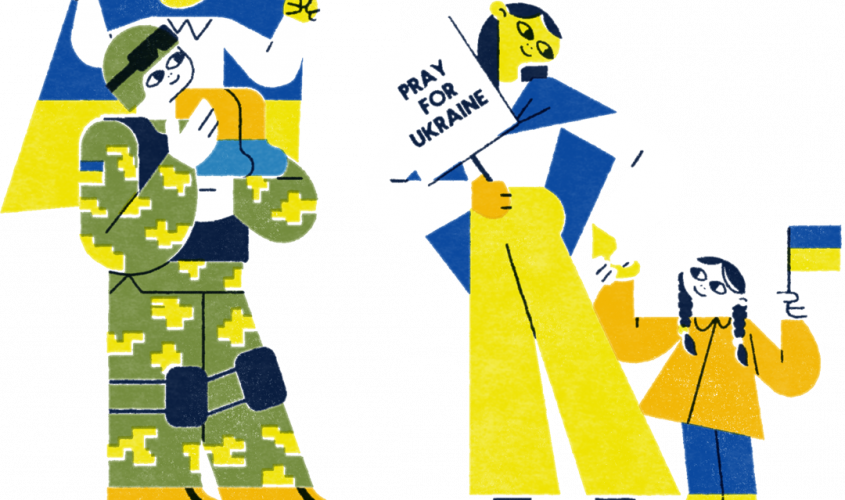 Together, however, the Ukrainians remained strong, courageous, and confident. The struggle for freedom united them.

Many were forced to leave the country and some of Oleksandr's friends volunteered for military service. Near or far they try to stick together and support each other. The illustrator's girlfriend wove camouflage nets for the army. He himself, together with friends and a Ukrainian clothing brand, designed a collection with his illustrations, part of the proceeds being donated to charities. 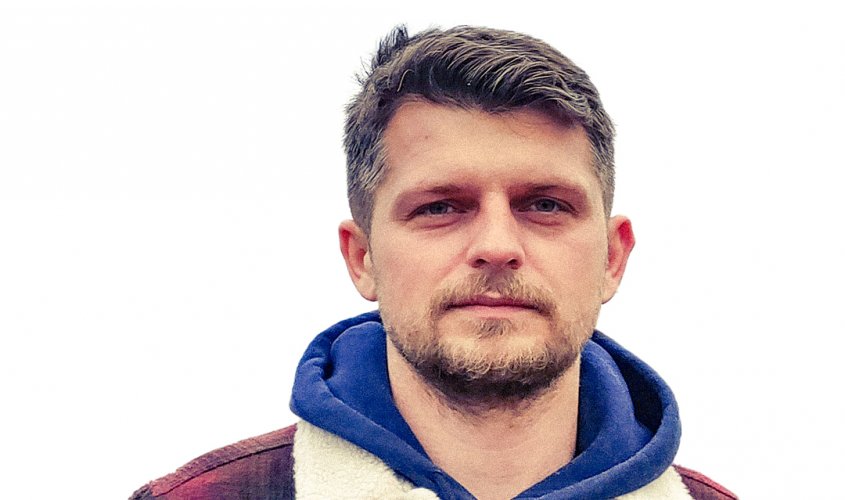 On the wrapping paper, he wanted to represent an image that portrays the struggle for freedom. His pictures show the cohesion and positive feeling of fighting together for common peace. Every single person no matter if a woman with a child, a military, a doctor, a teacher, or an artist, everyone contributes to the victory of a strong, united nation.

We can also make our contribution here, for example, by donating to the charity foundation "Save Ukraine", which is engaged in the evacuation of children and families from crisis regions, resettlement, and humanitarian, legal, and psychological assistance. 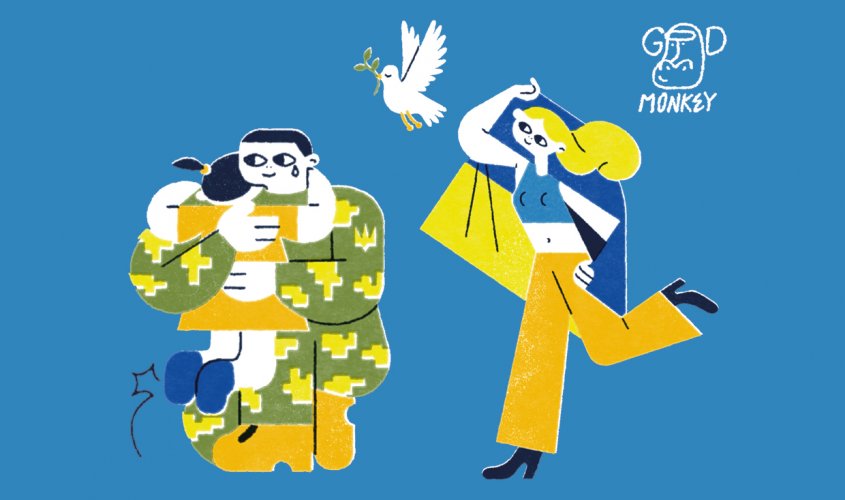 Zsuzsanna Ilijin, 43 years old, born in Subotica, living in Berlin, illustrated the third wrapping paper. Already as a primary school child, Zsuzsanna founded an environmental club together with other children and collected waste.

In 2015, the consequences of climate change for us humans became clear to her. Despite the Paris climate agreement, little to nothing has changed. In early 2020, the artist participated in a climate strike for the first time. Above all, the feeling of not being alone reaffirmed her. "If we continue to heat the planet as we do, we will destroy our own livelihood," Zsuzsanna says. Already right now, the climate crisis is a real threat. Droughts, floods, and storms remind us again and again. Taking the night train from Berlin to the Mediterranean and sustainability in daily life are small steps taken by a single person, but the goal is a holistic change. This is to preserve the beautiful flora and fauna that Zsuzsanna considers a gift and is represented on her wrapping paper. 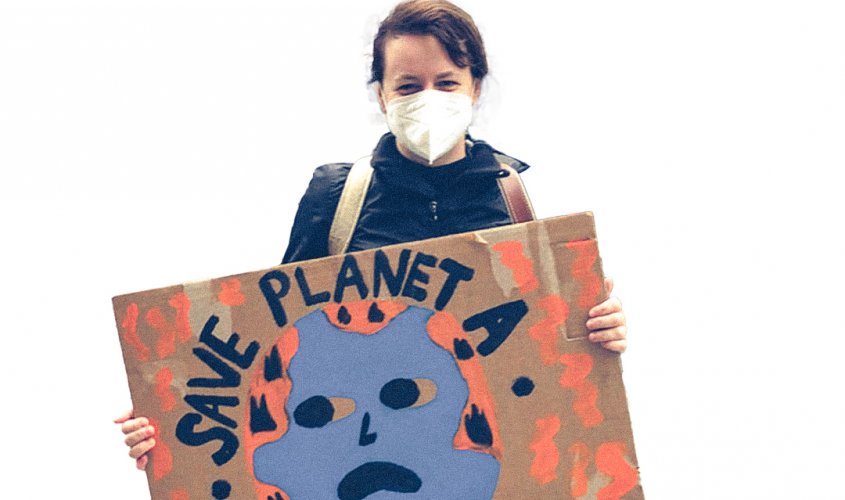 Through the support of the FridaysforFuture organization, the goal is to work towards achieving climate goals. FFF operates internationally and aims to give a voice to MAPA (Most Affected People and Area). 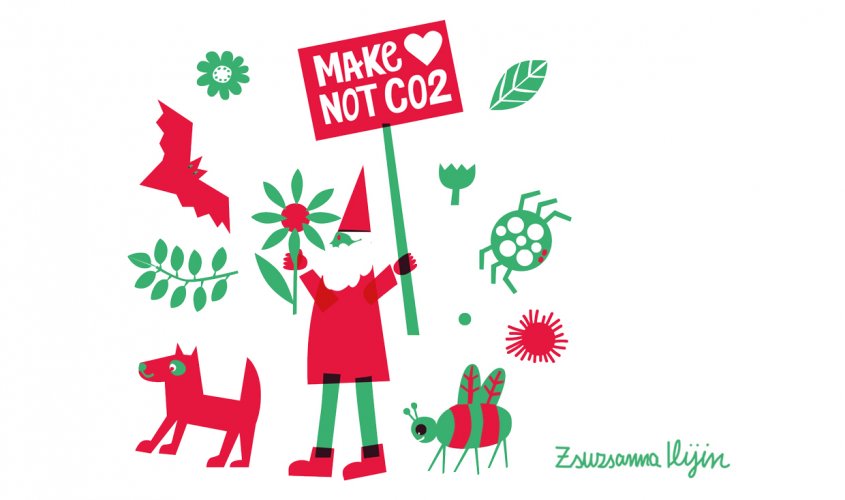 So, in collaboration, three wrapping papers were created, which are lovely to see and have a lot of content even before they are actually used. Thus, with the wrapping paper, we are giving attention to our loved ones and relevant topics. Of course, we have printed the whole project climate neutral. 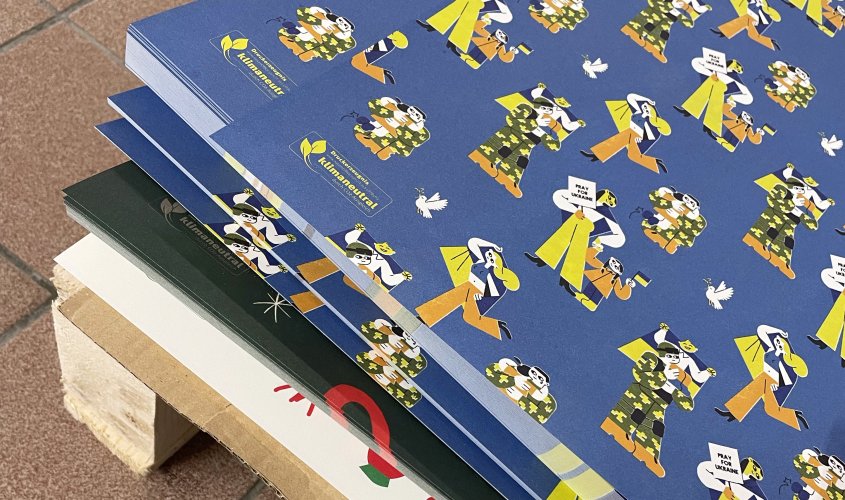 After a few conversations and many emails later, we are delighted with the beautiful wrapping paper and ready to give it away! 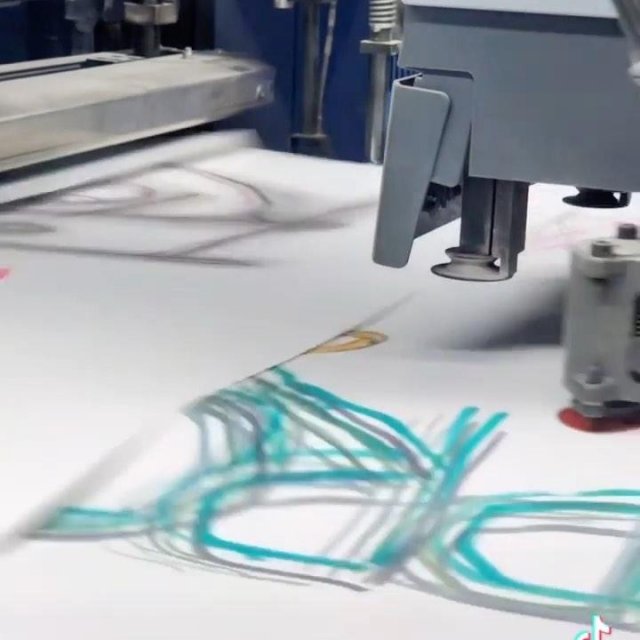 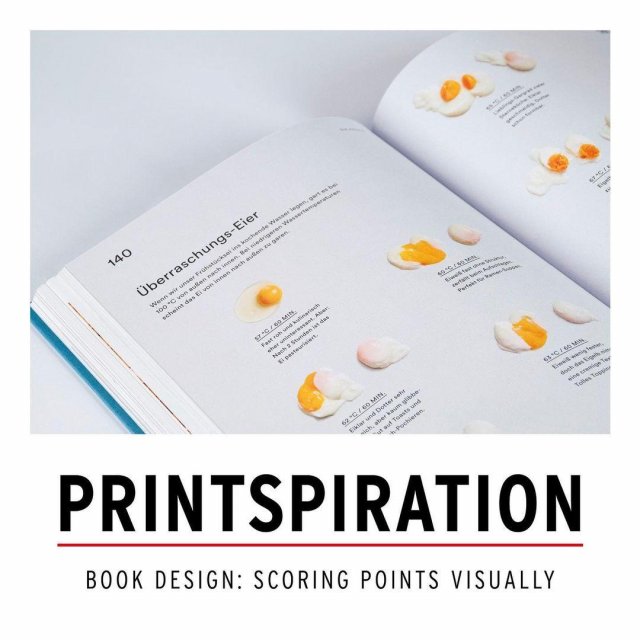 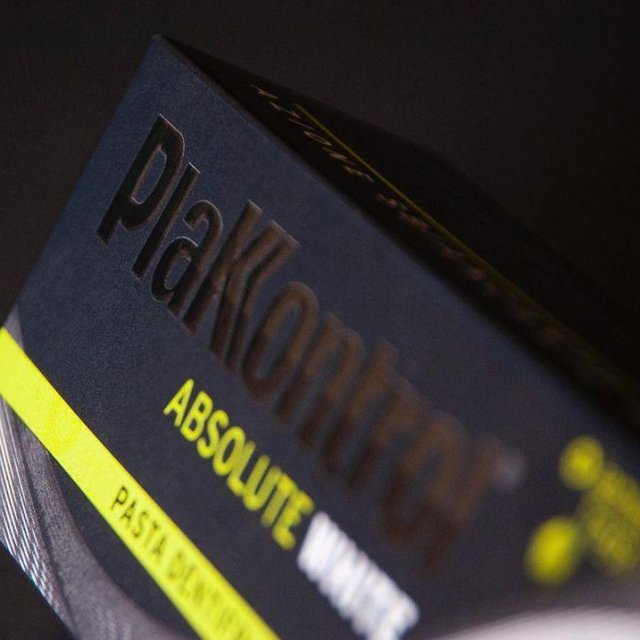 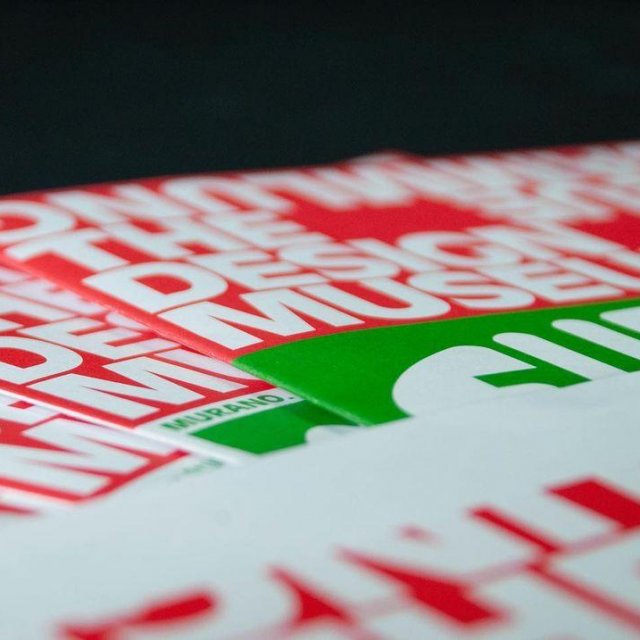 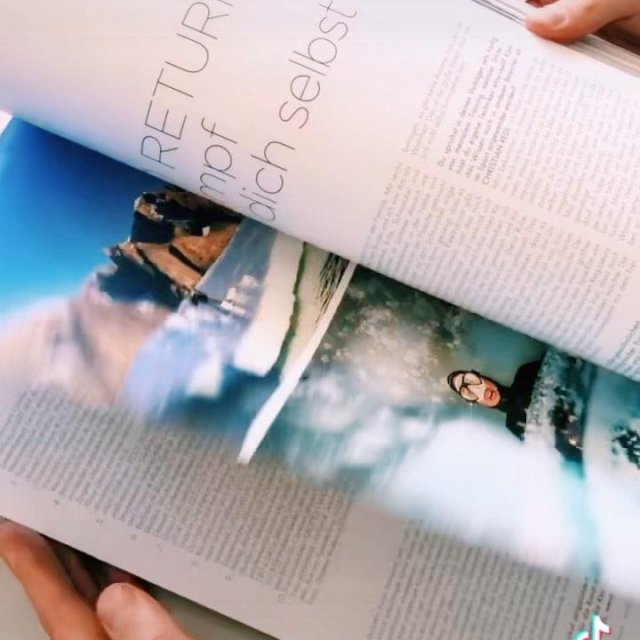 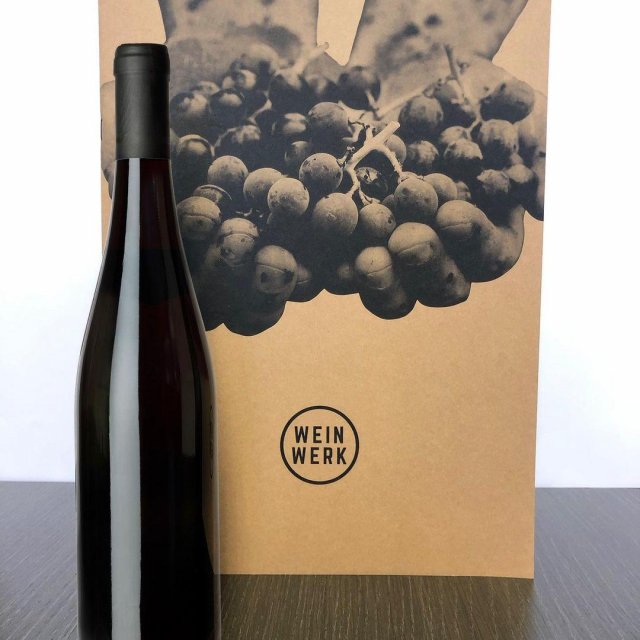 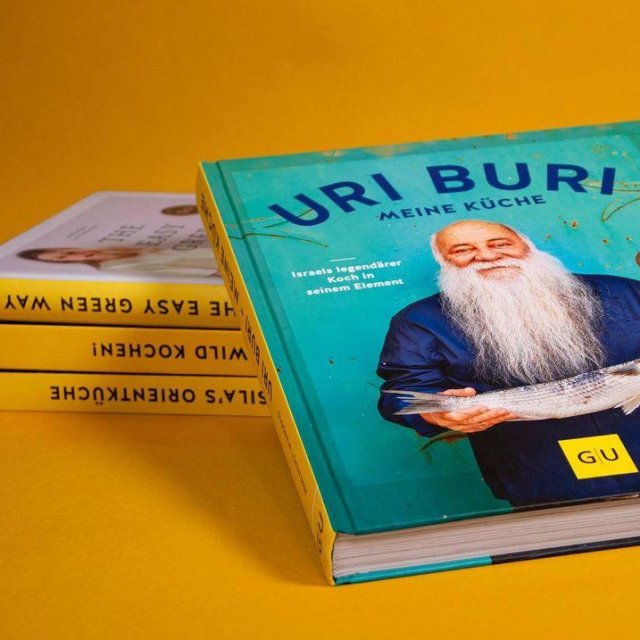 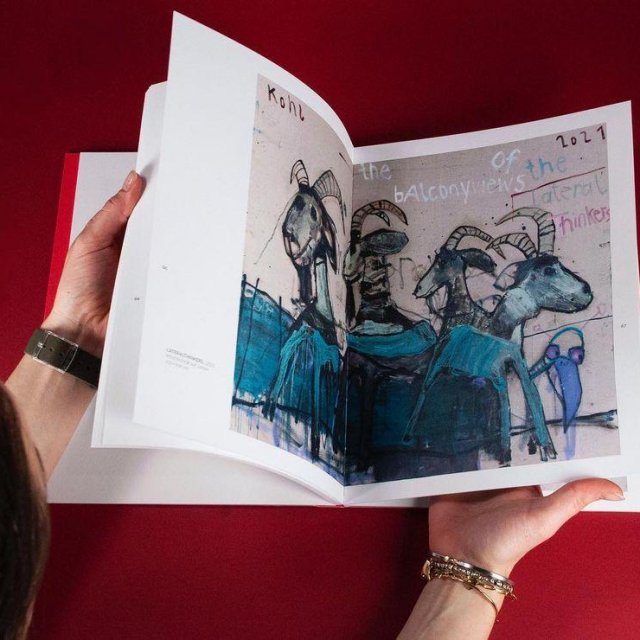 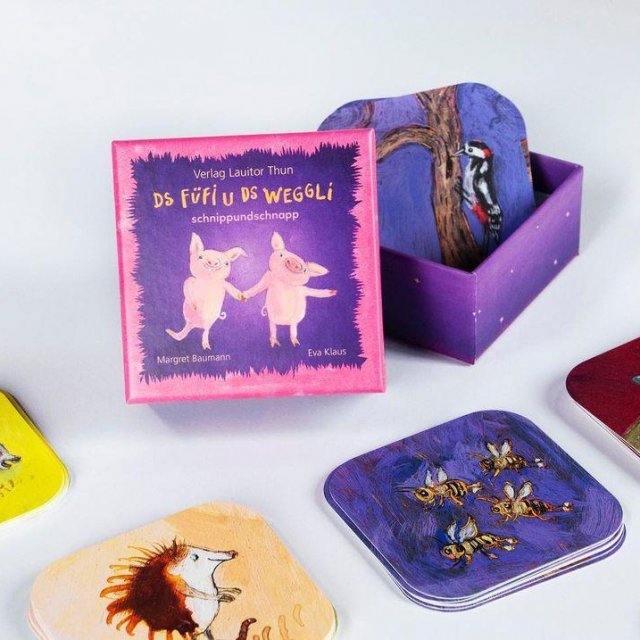 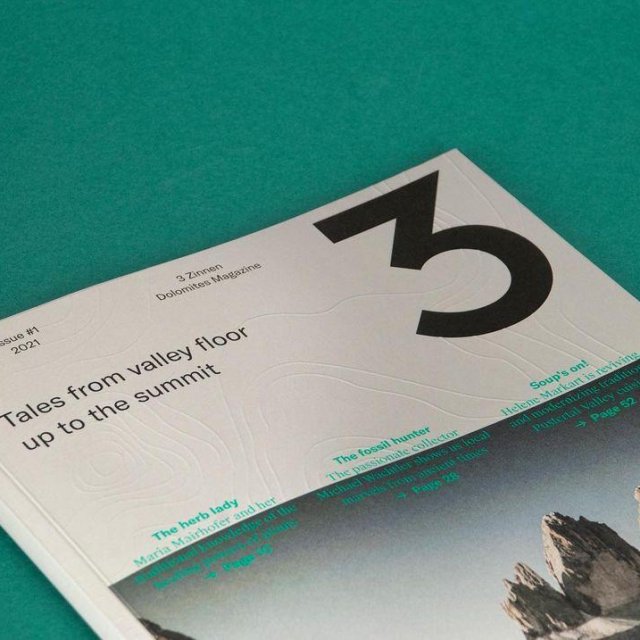 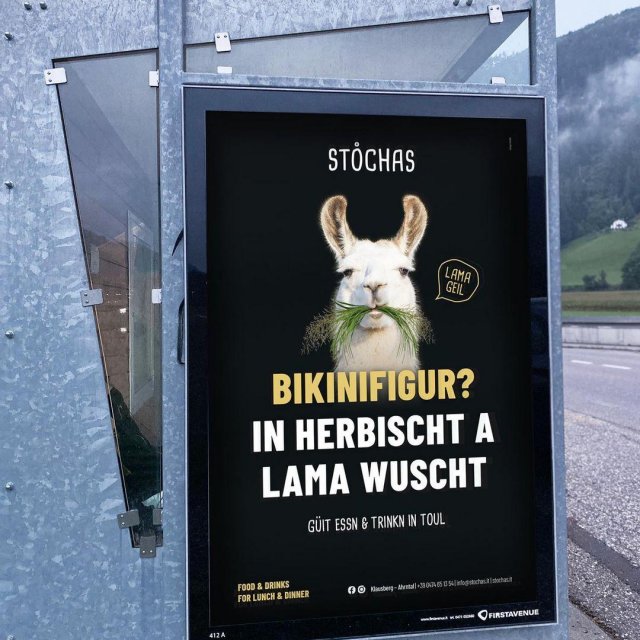 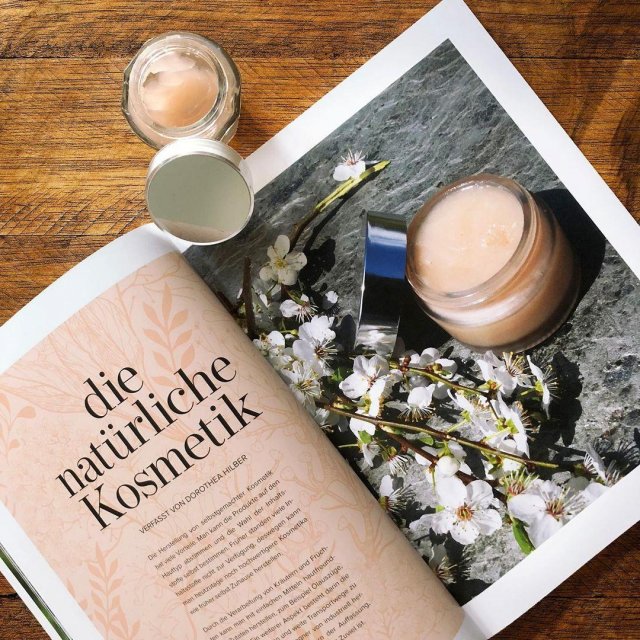